BOTH MONICA AND HER BROTHER ALFRED RECEIVED PRISON SENTENCES on Oct. 26 at their trial in Munich, Germany, for "denying the Holocaust."

Monica, 59, (left) was given a sentence of 10 months and was set free immediately as she has been incarcerated for that long already. Alfred, 63, was sentenced to 3 years, 2 months - obviously seen as the more 'dangerous' of the two.

According to the Canadian Jewish News (the only media coverage I have found so far other than a brief email from Lady Michele Renouf who was personally contacted by one of their attorneys):

The siblings were tried together on six counts of “incitement to hatred” for producing and posting at least one video in which Monika Schaefer denied the Holocaust.

In the five-minute video uploaded to Youtube, titled 'Sorry, Mom, I was wrong about the Holocaust,' Monica Schaefer said the Holocaust was the “biggest and most pernicious and persistent lie in all of history.” Whoops, guess she didn't know that was hateful; she was trying to do good to Germans like herself and her mother. But in our post-WWII system only Jews are allowed to defend themselves.

In the video, Monica also claimed that death camps were really work camps where prisoners were kept “as healthy and as well-fed as was possible.” This is also hateful to the ears of Jews; they can't stand to hear that they were ever treated well or justly by White Europeans. It's pure agony for them.

The court found that the producer of this video was brother Alfred, who carried out this crime in the town of Tutzing, outside Munich. That puts it under Germany's jurisdiction. On top of that, Monica admitted that she knew he intended to publish it online. So guilty they are, and as we know, any evidence that supports that what they say about the "Holocaust" is true is not allowed in German courtrooms. It was determinded long ago (at the Nuremberg Tribunals in 1946) that Truth Is No Defense when it comes to the findings of those tribunals. Their findings are law and can no longer be questioned.

Alfred Schaefer will probably appeal his sentence ... not that it will do any good. He is considered a 'troublemaker' (another who wishes to defend National Socialist Germany) who they want to keep out of circulation as much as possible. But we congratulate Monica on finally being freed. We'll keep you informed as we know more.

"Alfred Schaefer showed “no particular reaction” to his sentence and told the court that he will not stop spreading the truth. He still faces other criminal charges, including for other videos he has made and for giving the straight-arm Nazi salute three times on the trial’s first day."

"B’nai Brith Canada said it provided detailed intelligence reports to German officials, leading to the siblings’ arrests. Supporters of the Schaefers have explicitly blamed B’nai Brith for their legal challenges."

Translated from German by germanvictims.com

Now our Monika [Schaefer] is free again, and, of course, decent people are happy about this. Nevertheless, the verdict for Monika Schaefer is not a verdict that can be regarded as “spoken in the name of the people.” It was proven again in the Munich “Schaefer trial” that whoever has the power, turns the laws around so that they fit into the murky machinations.

Alfred Schaefer was sentenced to 3 years and 2 months imprisonment and remains imprisoned for now. “For now” means until the law will again be regarded as just law on German soil. 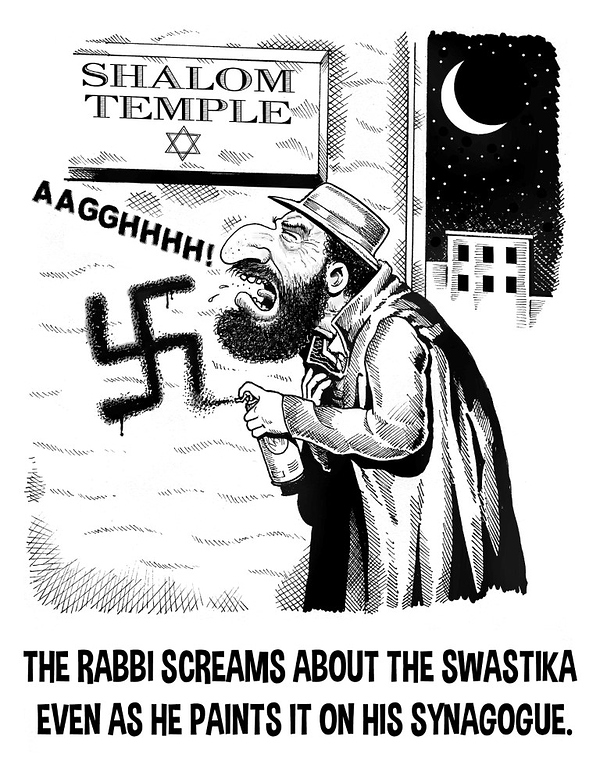